If you’ve been to our studio, you may have noticed that a lot of our work is coaching others to better choices in thought, breath, and action that affect their health and well-being. We have so many stories of people we’ve worked with that have overcome pain at many levels. I wanted to share a real good one with you…

Since 1998, I have worked on thousands of people for low back pain. Sometimes I hear, “I just sneezed and my low back went out!” or “I bent over to pick up a blueberry, and Yikes!”

A few years back I had a young man come in to see me. He had been referred to me by his physical therapist who is one of my clients. He had been in a car accident six years prior to walking into my office. He was around 30 yrs old, but looked much older because he was in such pain. The doctors had sent him to physical therapy. He even had an epidural, but got no relief. The doctor finally told him that he would just have to live with the pain for the rest of his life.

I realized when he told me what the doctor had said that he had lost hope. One thing I know is that we are very powerful beings and when given the opportunity and knowledge along with an inner desire and hope for change, we can overcome great obstacles.

So, the first thing I asked him was, “Do you believe that you can be free from pain?” He looked at me and thought for a moment. Here is a guy that has felt extreme pain for six years, can he remember what it was like to have no pain? Finally, he said “I don’t know.”

That was a big enough crack in the door for me to explain to him that I have seen many, many people overcome pain, they just had to believe that they could. They just needed a little ounce of hope that it could happen, and they would see things change. His face got a little younger. I saw that glimmer of hope in his eyes. I told him that I would hold the vision of him being out of pain, but he had to do the stretches and get the bodywork that he needed. He agreed.

You see, I have the skills and can hold the vision, but there is more to the equation. The person needing help has to help themselves by trusting that their body can heal and that they will apply energy and action daily (homework, stretches, breathing, visualization) to reach the goal of being pain free. It has to be a team effort.

The first session, I balanced out his body in general and he was out of pain for an hour. I told him, “Hold on to that pain-free feeling and remember it.” This trick allows us to believe that being pain free is possible. We are retraining the mind to release the pain.

When he came back in for the second session, I did a little more specific bodywork and gave him stretches to do. He was out of pain for three days! I could see on the third visit that he had really embraced a belief that he could be pain free. He even looked younger!

And after the third visit, he had no more low back pain.

This is why I show up to work everyday. I love what I do. I love to see the mind change when given the gift of hope, some bodywork and/or yoga, and some guidance.

No matter what the reason for the pain, I know you can get out of it. I trust the body’s ability to heal itself. We have great tools and information to share with you.

Here’s to a pain-free, fun-filled life! 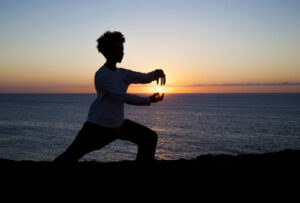 Tai Chi, referred to as "Meditation in Motion," is a great way to increase your stability, joint mobility and stamina. Join Karen Inchak, a Tai Chi for Health instructor for this 4 week series. 2 times per week, Mondays & Thursdays @ 10:30am. March 2-26
$96/ $80 for members 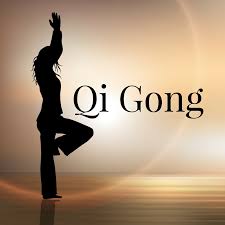 Qi Gong is an ancient Chinese art form using energy and movement. In this class, the student will learn a series of gentle flowing movements that will have a positive effect on all the joints of the body. Join Shahida in this wonderful introduction to Qi gong on Friday, March 6, 9-10 am & for her 6-week series, Fridays, March 20-April 24, 9-10 am.